As part of a £4 billion refurbishment scheme for the Regent Street and the Oxford Circus area this building was dismantled stone by stone and re-erected in order to add an extra floor. Peters Roofing’s brief was to manufacture and replace the badly corroded detailing to the original dormers.

In order to replicate these, the surviving copper work was removed from one of the dormers that had been lowered to the ground, and the items collected used as templates.

The company has created and replaced a considerable number of ornate Victorian copper features in the past, but this undertaking proved to be one of the most complex.

The original top arched section had been pressed but as current Health & Safety regulations prohibit the use of open presses the only option was to form by hand.

All components to the 6 dormers and ancillary decorative features were formed in our workshop by our own craftsmen. Two months were spent recreating the missing features and another 2 months were spent painstakingly installing the new items.

As the accompanying photographs illustrate, all the detailing is identical to the original. 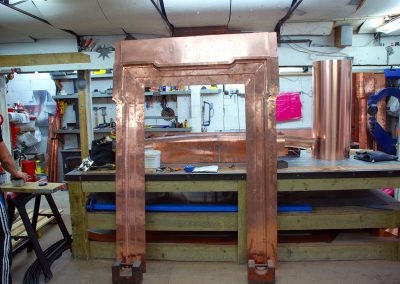 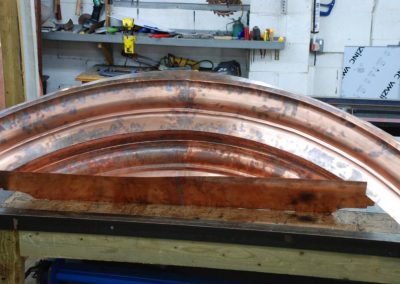 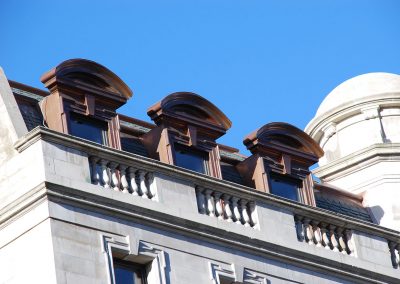