A 16 metre diameter dome with an imposing 50 metre minaret.

The company was contacted by a local Croydon architectural practice to zinc clad both the dome and minaret. 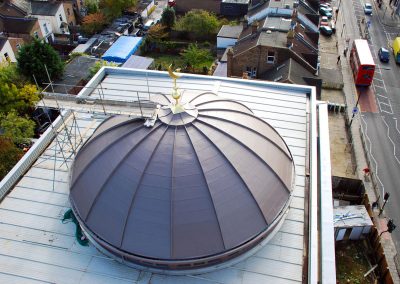 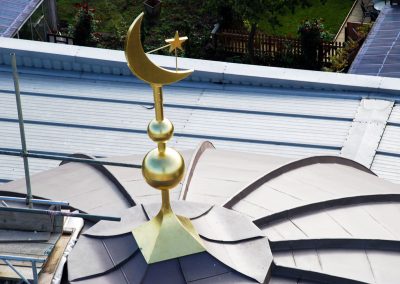 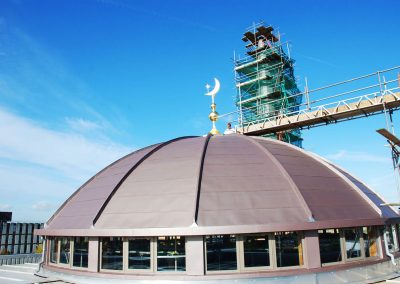 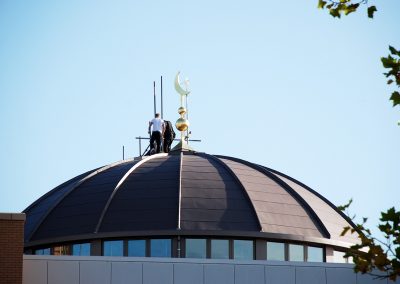