A funicular railway which provides access to Hastings Country Park via the East Hill, and which overlooks the Old Town and Rock-a-Nore, an area to the east of Hastings. The line provides views over the Stade, home to the largest beach launched fishing fleet in Europe. It is now the steepest funicular railway in the United Kingdom.

The line was opened in 1903 by Hastings Borough Council. The line was originally operated on the water balance principle, and the twin towers of the upper station contained water tanks for this purpose. The line was modernised between 1973 and 1976, when it was converted to electric operation.

The line was shut in June 2007 following an incident and in 2008, Hastings Borough Council decided on a major refurbishment.

Peters Roofing was contracted by local engineering company, Embankment Engineering, to zinc clad the carriages that had been rebuilt to the original drawings. The lower sections of the roof are single welt with beaded edges, the top vented section laid standing seam. 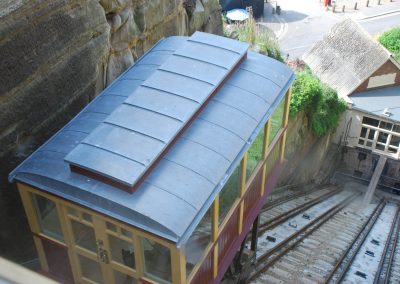 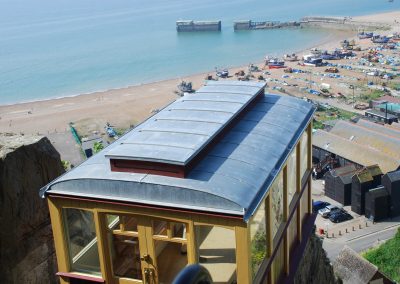 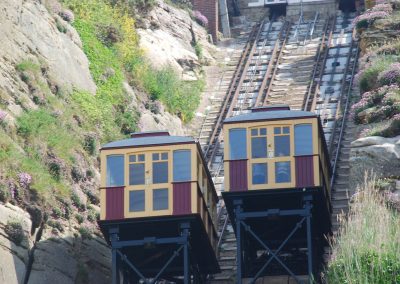