A grade 2 star listed building, with the main part built prior to the 16th century with varying extensions throughout later centuries.
When we originally surveyed the domes along with local conservation architect Simon Cartlidge, lead had been fitted to the domes and flat roofs.

Once the lead was stripped evidence of copper aprons and clips was found. Therefore, Simon Cartlidge concluded the flat roofs and domes were originally copper and decided to return to the original with the agreement of English History.

The weight of the lead slightly deformed the domed structures which made the copper standing seam detailing more challenging to fit.
Also matching the original gutter detail was tricky due to an inconsistent radius.

The flat roofs were returned to traditional roll cap which is a far better system if there is going to be traffic on the roof for maintenance purposes. Roll cap doesn’t flatten or deform when walked on. 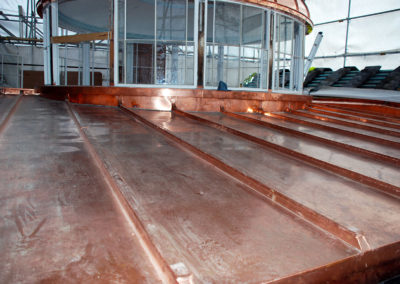 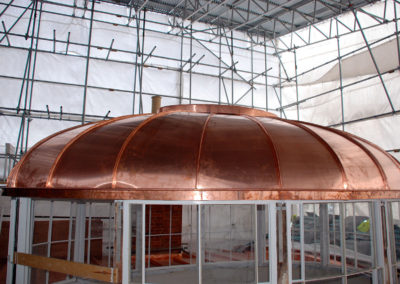 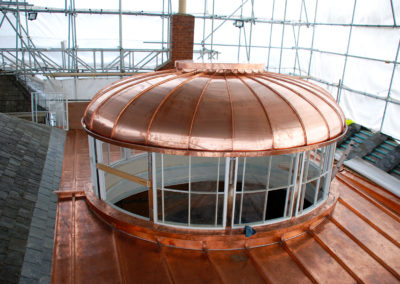 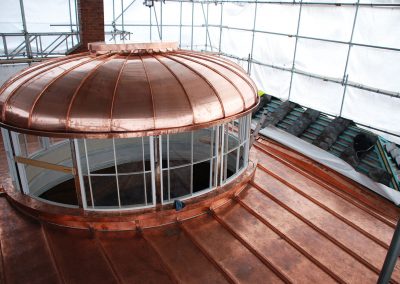 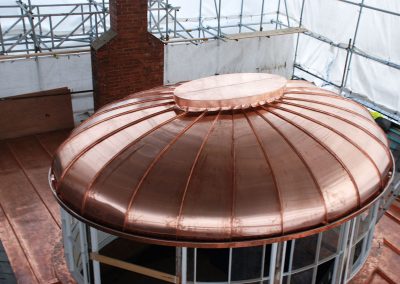