A Brief History of Zinc and Copper Roofing 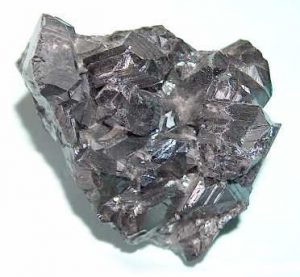 The ancient Babylonians and Assyrians used zinc as part of the alloying process to produce brass but it was in the 13th century that India first obtained metallic zinc through smelting. The process was passed on to China where zinc coins were produced during the Ming Dynasty. It was not recognised as a separate metal in Europe until 1546.

The metal did not even have a universally accepted name at this time, being known as Tutanego, Indian Tin, Calamine or Spiauter. The term “Zink” was first used around 1536 from the German word “Zinke” meaning sharp point which described the shape of the metal deposits in the furnace.

By 1720, zinc was being produced in industrial quantities in Swansea using imported oriental methods. In 1743, William Champion built the first European zinc smelter in Bristol producing 200 tonnes of zinc a year. While zinc casting was common, in 1805 it was discovered that the metal could be rolled at temperatures of 100o to 150o C to produce zinc sheeting.

Zinc is mined, mostly underground, in more than 50 countries, with Australia, Canada, China, Peru and the U.S.A. the leading producers. The ore contains many impurities and goes through a concentration process before smelting.

The main use of rolled zinc sheet and strip is for roofing, cladding, flashings, rainwater goods and, historically, even to imitate ornamental stone carvings. It has been used extensively for these purposes in continental Europe since the 19th century but now, with increased awareness of its technical and aesthetic qualities, its use is rapidly increasing in the UK.

Today’s zinc is a zinc-copper-titanium alloy. It has an excellent visual appearance, long life with minimal maintenance, and a cost-effectiveness and versatility which enables it to be used for innovative architectural designs. 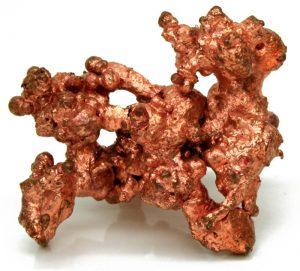 Copper was known to many of the world’s oldest civilizations and has been in use for at least 10,000 years. In Roman times, it was mined in Cyprus, giving rise to the metal’s name of Cyprium, later shortened to Cuprum and eventually Anglicised into English as copper.

Today, most copper is produced from open cast mines on all five continents. The copper is extracted from vast quantities of ore, mainly copper sulphides, by smelting, before being refined by electrolysis in huge tank houses. In the early 18th century about 90% of the world’s copper was smelted in South Wales.

Copper has been used as a waterproof roofing material since ancient times and can be recognised by the greenish roofs and domes on today’s buildings. This colouring is the reaction of air with copper which creates an additional protection against corrosion. Firstly, copper oxide forms, followed by cuprous and cupric sulphide then subsequently, the green layer of copper carbonate, called verdigris or patina.

Copper is rolled to thicknesses ranging from 0.5 to 1.0mm, but 0.6 to 0.7mm thickness is usually used for roofing. It can be worked at any temperature and does not become brittle in cold weather. It is available in sheets or strips and is generally regarded as a lightweight covering requiring a substrate such as boarding.

Today, tried and tested fixing details and techniques make copper the ideal trouble-free building material for roofing, cladding, flashings, gutters, downpipes and other architectural details. Advances in prefabrication techniques and machinery and fixing technology have greatly reduced costs, which enables copper to be used in a greater variety of building situations than in the past.
Copper roofs have been known to last for over 700 years, the substrate rather than the copper itself eventually failing.